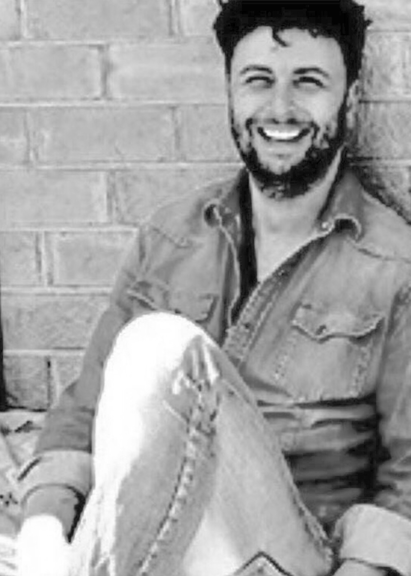 The saying goes “If you don’t know where you’re going, how do you expect to get there.” Corey always knew what he wanted to be- a Hairdresser. He started his apprenticeship on the 2nd of February 1987, making that a whopping 32 years in the hair industry to date!

Corey started his apprenticeship at 15 years of age in Port Pirie at Magic Scissors Hair Salon. For four years he worked the hard yards, learning everything he could about hair. Many hair mannequins were butchered to perfect his art in order to bang out the killer hair styles he creates today.

At the age of 19, at the end of his apprenticeship, Corey packed up his scissors and moved to Adelaide to work at Katz Salon on Unley Road. He wanted to gain further training and get different ideas to expand his knowledge. After a year in Adelaide, he moved back home in Port Pirie to open his first salon, Hair by Corey. He ran a successful business for 3 years,  where he was awarded Salon of the Year by Redken in 1993. Due to his dedication and determination, he managed to put his salon on the map by featuring in hair shows such as: RAW does Cinderella, REAL by L’Oreal and ‘RAW’ as guest artist. He even travelled away to be educated by leading educators such as Bennie Tognini.

In the days without Social Media and mobile phones, connecting with the industry wasn’t as easy as it is today. Living in Port Pirie meant limited opportunities in training and hair events but with Corey’s thirst for creativity, his passion for his profession and a reliable car to get him to Adelaide, he managed to put his salon on the map. If you’ve ever met Corey, you’ll know that he’s always pushing the limits, to create something even bigger and better. Adelaide was calling, and this time it was a joint partnership in creating one of the most successful boutique salons Adelaide had ever seen, ENVE in Glenelg.

ENVE came along at the right time and right moment. The salon was large and at one point had 19 staff members. It had a mix of people who were young, talented and passionate about what they were doing. It was a strong force. Corey and the salon worked extremely hard. They entered every hair competition available to them and won most titles. In 2002, ENVE was awarded IHS Salon of the Year (SA) and numerous awards from 2000 to 2003 for colour and men’s cutting. Corey’s talents were not only in demand at the salon but also at the Mercedes Fashion Weeks. There he was personally invited by MFW who was gathering the best stylists from leading salons across Australia, to work their magic backstage on Run Way Shows.

After 10 years of hard work, Corey decided to sell his half of the salon and for the next four years, he worked his business at  Beach St. Hair in Grange, It was a great working relationship right from the start that was mutually beneficial.  “Corey is a highly skilled hair stylist that came to us at a time when he needed support. We had just started a business and needed to get on the map. We wanted to encourage like-minded people such as Corey, whose talent would inspire the young ones, and that he did. We had fun and laughed a lot. We knew we wouldn’t have him forever so when he was ready to start his own business, we bought him a pair of scissors. It’s not common but he was the exception”. Corey also worked part time for Oz Dare educating Adelaide, Sydney and Melbourne for Revlon Professional. As much as Corey was in his comfort Zone, he needed to move on and open his very own salon, 2one7 Stylists on Unley Road.

Corey always had a dream of one day owning his own property, large enough to offer a complete range of services to clients. When his lease was due for renewal at 2one7 it was the push he needed to bite the bullet and go searching. He found the perfect property, a house in the Western suburbs of Adelaide, where he had spent most of his career. After a tough six months of making his dream a reality, in October 2013, Corey opened Rogue & Regal, Adelaide’s  full concept hair and beauty salon.

Corey is committed to maintaining a great team with an amazing culture and energy. A true creative, so much floods through Corey’s mind in a day as he dreams of the many possibilities at such a unique salon. But as they say, Rome wasn’t built in a day, oh but how he will try!

“Corey is a great talent, such an inspiring guy,  who sure isn’t shy. He’s unpredictable and plays a big role in this clan. There’s hissy fits, and laughter, and he’s his own biggest fan!”